What Does Tactical Mean?

What Does Tactical Mean?

One of the most frequently used terms to describe practical gear and equipment is "tactical." Many types of equipment are considered "tactical," including tactical weapons, knives, tactical vests, tactical firearms, and countless other examples. But what does tactical mean?

Tactical gear is designed for specific purposes, unlike fashion accessories or standard apparel. Here's a full explanation of this often-used but rarely fully-understood term and what it means for us at Uppercut Tactical. 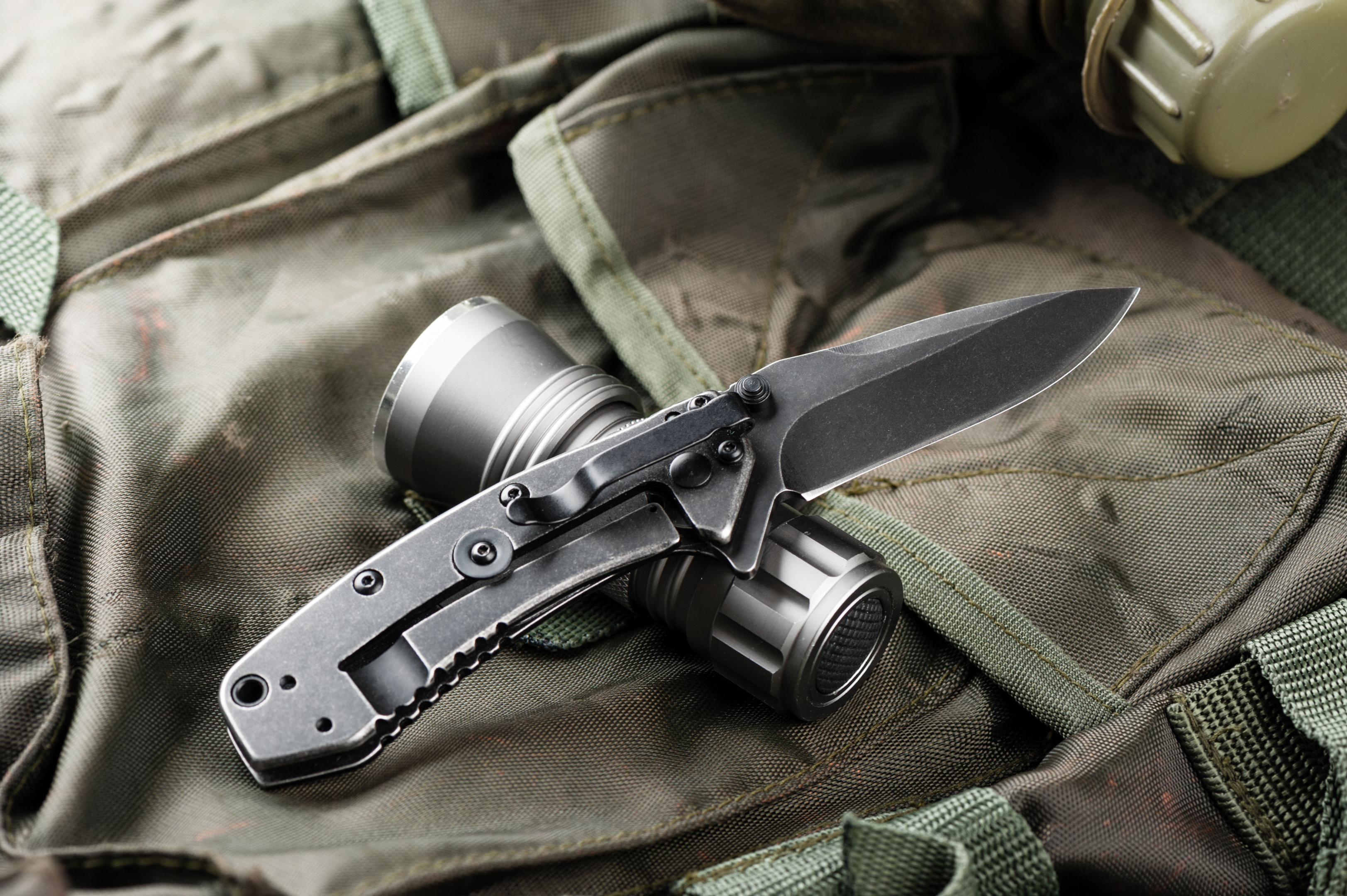 According to the definition in the Merriam-Webster dictionary, when something is described as "tactical," it relates to anything pertaining to tactics, most often combat tactics, such as those used for military or naval operations. Synonyms and related words include "strategic" (in the context of war strategy) or, more generally, "advisable" or "desirable."

Consequently, tactical equipment is gear that can help someone gain a tactical advantage: a benefit on the battlefield or in any combat or military situation.

For example, a tactical knife is a knife that is useful to soldiers in military settings and contexts as both a tool for cutting paracord or opening MREs and a combat implement, such as for use as a fighting knife.

The "tactical" adjective can also be used to describe actions designed to win a battle, defeat enemy forces more efficiently, or limit losses. For example, a tactical maneuver is a skillful move or action designed to accomplish a battlefield objective, conduct attacks on enemy forces, or retreat from a disadvantageous position like a tactical withdrawal.

Non-military uses of the term

However, it is crucial to understand that while the word tactical is deeply rooted in battlefield contexts, many other non-military groups frequently use tactics and need tactical equipment. A typical non-military example is law enforcement officers employing tactics developed specifically by and for law enforcement usage, such as tactical movements to approach a civilian safely or using the PIT maneuver.

Even civilians can make effective use of tactics and tactical equipment. Many types of tactical gear, from clothes to weapons, can fulfill civilian purposes, such as bushcraft, hunting, and self-defense. In this context, the definition of "tactical" becomes a synonym of "practical:" equipment that can fulfill specific purposes reliably. 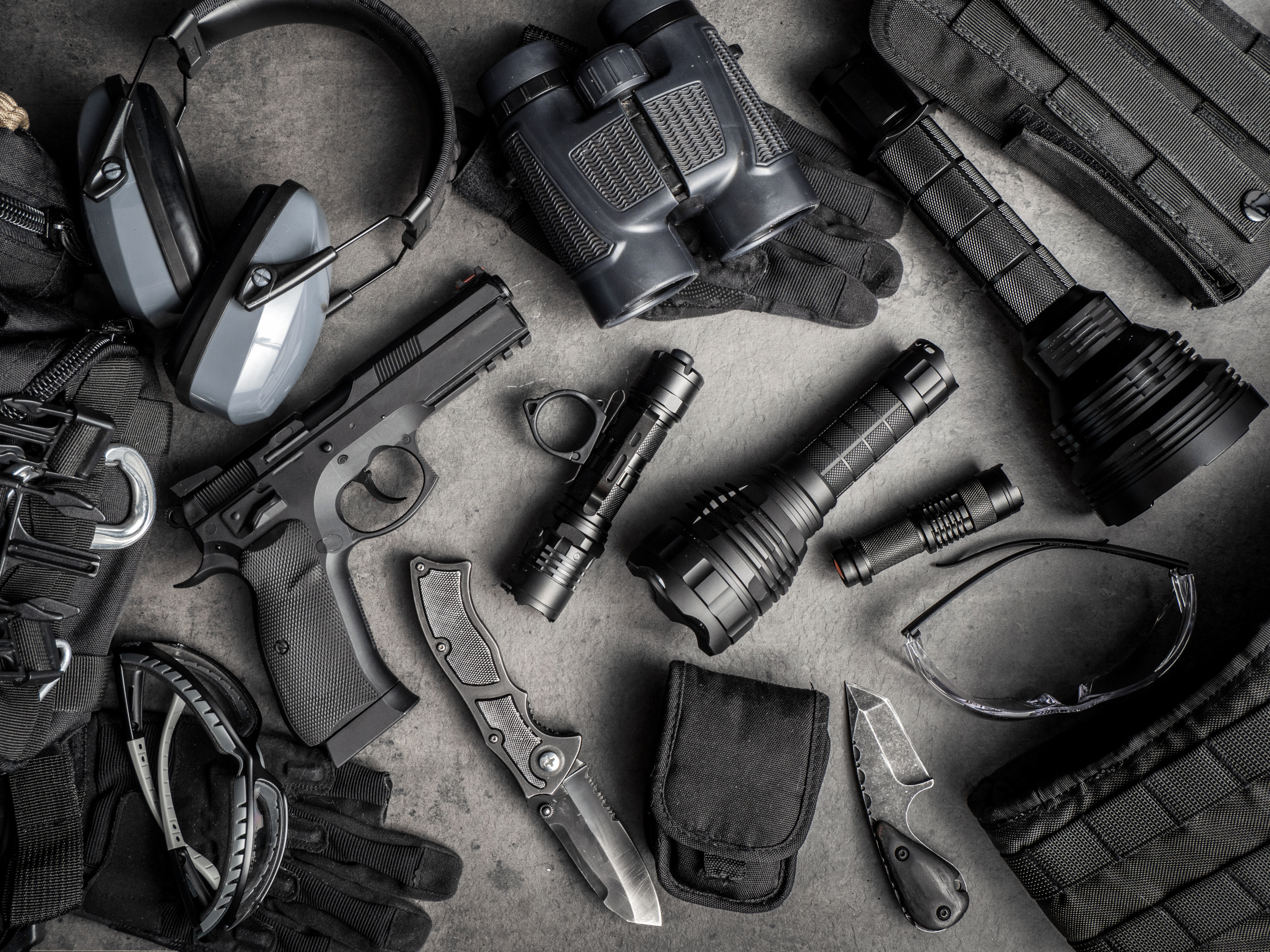 What Traits Are Considered Tactical?

Although many types of tactical gear fit in the same categories as other items, like a regular pocket knife versus a tactical knife, quality equipment should have traits or benefits to support its ability to provide you with a tactical advantage.

As equipment suited for military, law enforcement, or general combat purposes, tactical gear must, first and foremost, be durable. Battlefield conditions are tough and harsh on equipment, and non-tactical equipment doesn't last as long when used in these contexts.

For instance, tactical clothes are usually made of durable materials, such as Ripstop or ballistic nylon. They may feature additional reinforcing to ensure they resist tearing, ripping, or cutting. Tactical accessories for firearms, such as scopes, may feature scratch-resistant lenses and impact-resistant tubes meant to withstand rough use on the field.

Another example is the tactical folding knife: it may use durable blade materials, anti-reflective finishes, and a folding mechanism designed to withstand more long-term hard usage and abuse than a regular pocket knife.

Whether during training or combat, military and law enforcement personnel must carry many types of equipment to perform multiple tasks and complete objectives as efficiently as possible.

As the Marine adage goes: "ounces equal pounds, and pounds equal pain." In other words, an essential trait of tactical equipment is lightweight design. The lighter the gear, the better, as it keeps the owner mobile and, therefore, better able to perform their tasks.

While the primary benefit of lightweight gear is to increase the survivability of military and law enforcement personnel through mobility, tactical equipment with lightweight design can also help civilians in many situations. For example, a hunter may want to keep the overall weight of their gear as low as possible to diminish the amount of noise they generate.

Although comfort is an advantage touted by most clothing manufacturers, comfort in the context of tactical equipment aims to achieve a different objective than simply feeling comfortable and pleasant to wear.

Outdoor conditions, from backpacking to military field exercises and combat, can be demanding on the body, and wearing the wrong clothes and equipment for the task can aggravate pain, irritation, and discomfort. For example, tactical boots help protect the feet, ankles, and lower calves from cuts, scrapes, and humidity.

Comfortable equipment also includes everyday carry (EDC) equipment, which features design elements intended to make it as easy and comfortable as possible to carry all day, every day. For example, a tactical holster may feature contouring and materials designed to minimize chafing and ensure comfort in all positions, from sitting to standing.

Stealth and concealment are sometimes critical to military applications, and wearing or carrying the right equipment can be a tactical move.

Discreet tactical gear can be as simple as clothes and load-bearing gear with environmentally appropriate colors and camouflage like tans and browns in the desert. More complex examples include purpose-built tactical clothes designed to accommodate weapons discretely, such as concealed carrying clothes with integrated pouches for storing weapons such as knives, handguns, and pistol magazines.

Another example of discretion on the battlefield is tactical knives, which often feature anti-reflective coatings to prevent sunlight from reflecting on the surface and potentially alerting an opposing force to one's presence.

Tactical gear emphasizing discretion and concealment has many practical uses for civilians, especially those who can legally exercise their right to carry a weapon for self-defense.

What Tactical Means to Us

In a 2016 interview, Spyderco founder Sal Glesser famously defined the tactical knife as "any knife you have with you when you need a knife." This approach to the meaning of tactics reflects a philosophy of preparedness and readiness for any potential situation.

At Uppercut Tactical, we believe in this understanding of the word tactical. A piece of gear or equipment is tactical when it is helpful for a specific purpose or mission and available to you at all times.

This definition reflects our values and our dedication to preparedness. We strive to provide the highest-quality equipment at the most affordable prices. This gives you the best tactical advantage: readiness against anything life might throw at you, whether the threat is natural (e.g., harsh weather, challenging outdoor situations) or human (e.g., a robber, a home invader).

Uppercut Tactical carries a wide selection of tactical knives and other survival gear to help you prepare for any situation. Browse our selection and find the gear you need, from the challenges of everyday life to natural disasters and other emergencies.